Comparing the Performance of SpreadsheetWeb 6.11 with Google Sheets and the Microsoft Office 365 Excel API

We will skip the details of the testing methodology and experimental setup since they are identical to those from two years ago. We will jump right into the results. Following chart compares average response times from SpreadsheetWeb 6.11, Google Sheets, and Office 365 APIs for 1, 5, and 25 concurrent user scenarios. 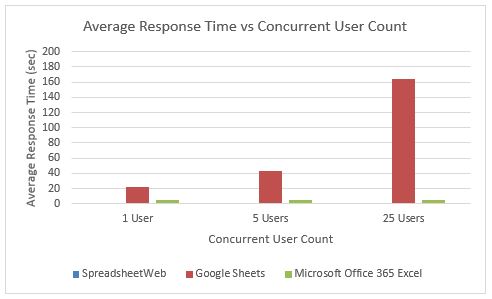 Performance of SpreadsheetWeb API is significantly faster than both Google Sheets and Office 365 APIs as expected. Note that, because response times of SpreadsheetWeb are under 1 sec for all concurrency scenarios, results don't appear visually in this linear chart. Performance figures of Google Sheets are also about 40% faster from 2 years ago. Similarly, Office 365 API is also about 40-60% faster than previous test results. 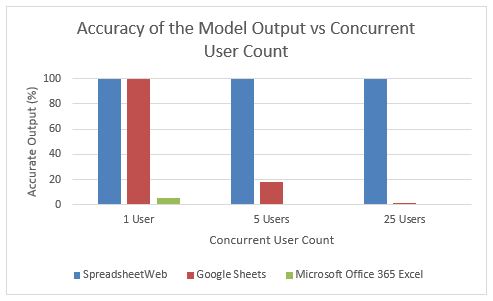 As for Google Sheets and Office 365, accuracy of results diminish significantly after 1 user scenario. This is mainly due to the reasons explained in the previous article that neither APIs were designed to handle these type of usage. Both of those APIs require two consecutive calls to set the inputs and get the outputs of the calculations. When there are too many calls to the API, it cannot complete the calculation for a given input set before its output is requested. Hence, the only way to improve the accuracy is either to lock the workbook or introduce an delay of a few seconds between each write and read calls. However, this would further slow down the response times for both APIs.

The reason SpreadsheetWeb is so accurate compared to both Google Sheets and Office 365 is that it takes only one API call to complete a single calculation (write and read). It is designed to handle necessary locking mechanism in the internal engine. As a result, it can handle large concurrent user scenarios with 100% accuracy. 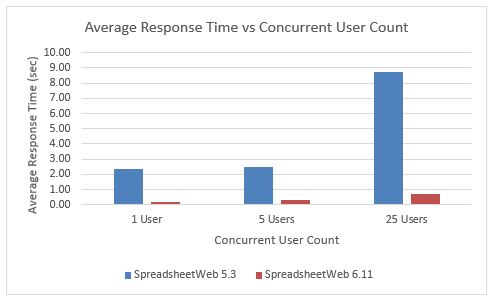 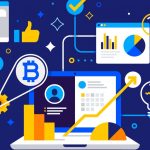 Basics of Financial Modeling in Excel 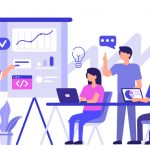 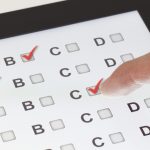 Create Online Quizzes with the Flexibility of Excel and Advanced Capabilities