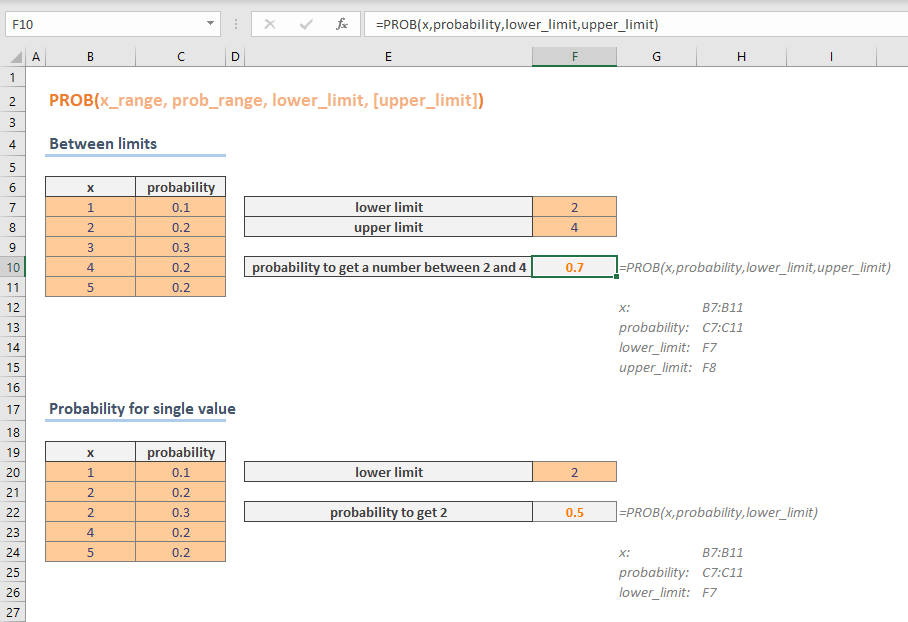 The PROB function can be used in two ways:

Our sample contains consecutive integers between 1 and 5 as x_range numbers and associated probability values (prob_range). Each range has 5 cells and probability numbers are between 0 and 1, and add up to 1.

Let’s say we want to calculate the probability between 2 and 4. The formula should like the following:

In the Excel file, we have placed limit numbers into the cells to make the process dynamic and we also used named ranges to make formulas easier to read.

The following example demonstrates this. Note that there are two 2 values in the x_range with probabilities 0.2 and 0.3. The PROB function with lower_limit 2, returns 0.5.

How to merge columns using formulas