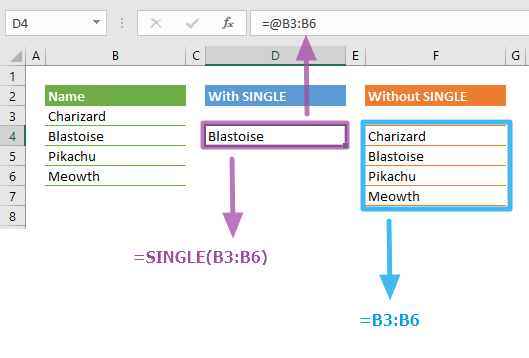 With the dynamic arrays concept, formulas that return an array can spill the results to the neighboring cells automatically. However, this behavior conflicts with legacy implicit intersection formulas that use ranges (arrays). For the sake of backward compatibility, Microsoft has also introduced the SINGLE function, as well as a new operator (@).

Although its official name hasn't been announced yet, the @ operator acts as a single operator or implicit intersection operator. At the time of writing this article, this feature is currently only available to a number of select insider users. When it’s ready, the feature is planned for release for Office 365 users.

You can use the SINGLE function or place the single operator @ before the range, for when you want a formula to perform an implicit intersection. For example, 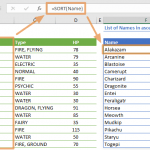 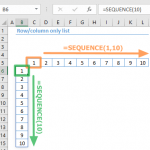 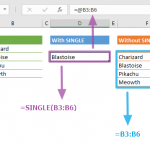 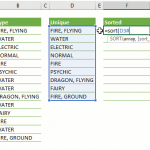