How to generate numbers without dragging the mouse in Excel 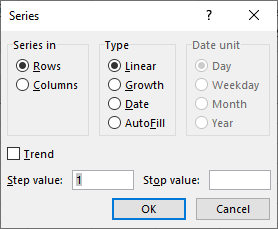 Let's say that you need to generate numbers from row 1 to 750 in a column. Common way is to enter 1 into a cell, select the cell below and enter 2. Then, select both cells and drag the square next to the 748 cells.

It works but it is not the fastest way to do it. Let's find out how to do it faster:

Fill Series feature allows you to fill either rows or columns with numbers including dates. You can generate numbers up to a given value with a given interval.

Tip: Excel keeps and evaluates dates as numbers. According to Excel, each day is an integer starting from 1/1/1900 which is assumed 1.

To use the Fill - Series feature follow the steps:

This is how you can generate numbers without dragging the mouse. 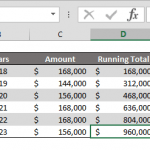 How to calculate running totals with SUM 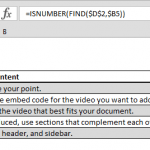 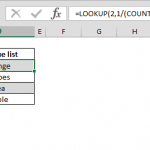 How to find the unique items in a list 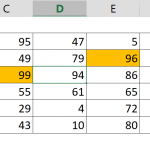 How to highlight the top values in a data set dynamically 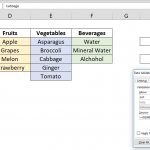 How to create dependent dropdowns