How to refer a range or a cell in Excel VBA 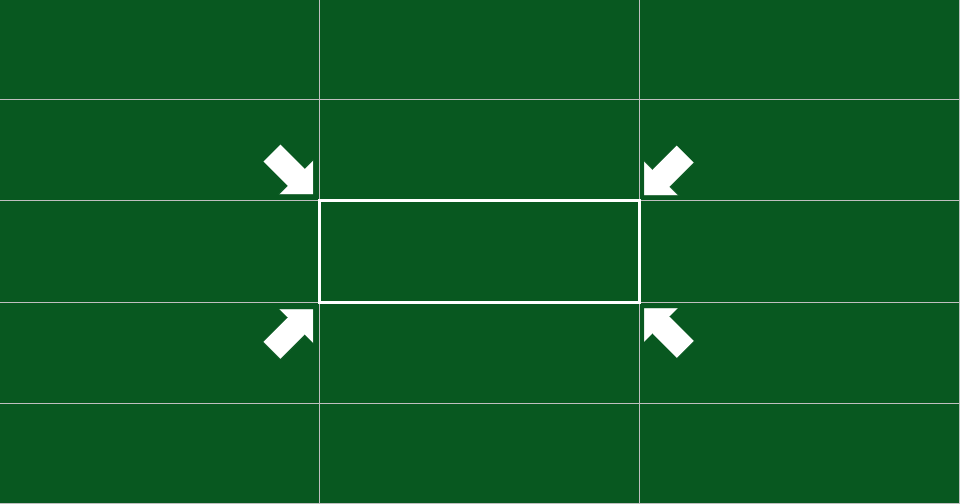 In this guide, we're going to show you how to refer a range or a cell in Excel VBA.

Before diving into the code, let’s start with a cell or a range means in VBA. First, VBA is an object-based programming language, which means that the language refers each element as objects. Objects have properties that define them, and they can encapsulate other objects, or codes. Thus, a single cell, a range of cells, a worksheet, or Excel software as a whole is an object for VBA. You can think this as a hierarchical model. 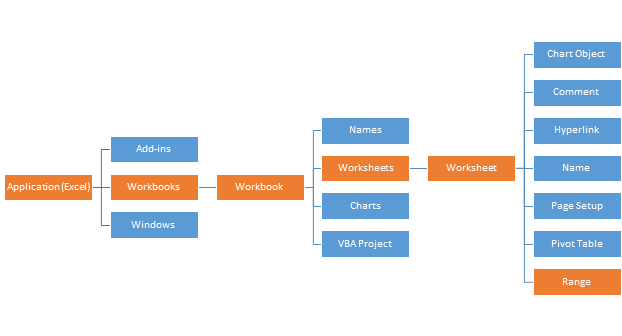 VBA envelops all cell and cell-based references in an object called Range. In theory, when a particular object is referenced, you also need to specify its parents. In VBA syntax, a dot (.) operator is used to move through object hierarchy. For example, to access the Range object, the code should be:

However, this reference is ambiguous when it comes to specify which Excel workbook or worksheet you are referring to. In order to do this, you must supply the name or the index number (starting with 1) of the particular object you are referring. This approach is like in Excel formulas - the argument is given in parentheses. For example to refer the range object in the worksheet “Sheet1” of the workbook “Book1.xlsm”:

You do not have to specify all parents for Range object every time. If your intention is to work on the active sheet of the active workbook, you can simply use Range.

The Range object allows you to refer a cell or cells just like in any Excel formula. For example,

Using square brackets to refer a range or a cell

You can use square brackets ([]) instead of the “Range” keyword and double quotes (“). This approach as essentially a shortcut, and the outcome is the same.

Cells property to refer a range or a cell

Cells is the name of a property of both Worksheet and Range objects. It is neither a collection nor an object. Thus, there are no objects named Cell.

The Cells property can be used in two ways:
With row and column index numbers:

Cells property of a Worksheet object returns the cell in a specific location in the worksheet.
With row and column index numbers:

The numbering of cells starts from 1, and increases from left to right and from top to bottom. This means that A1 is the first cell.

On the other hand, the Cells property of a Range object returns the cell in specified location in the range.
With row and column index numbers: 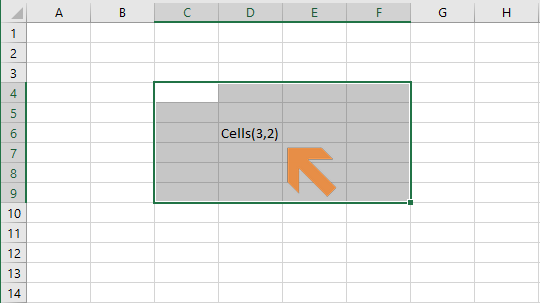 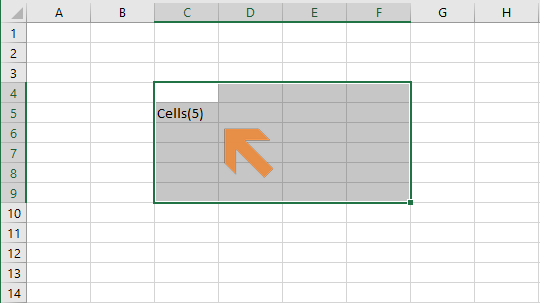 Active objects to refer a range or a cell

There are keywords in VBA to reference active(selected) objects when the code is running. 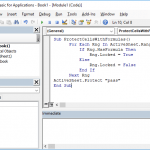 How to lock a cell in Excel formula using VBA 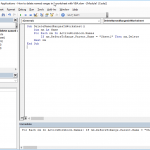 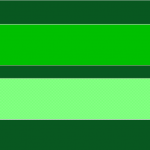 How to insert a toggle in Excel 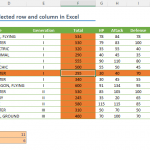 How to highlight selected row and column in Excel 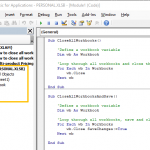 How to close all workbooks in Excel with VBA