How to split text in Excel in 5 ways

In this guide, we're going to show you how to split text in Excel by a delimiter.

We have a sample data which contains concatenated values separated by “|” characters. It is important that the data includes a specific delimiter character between each chunk of data to make splitting text easier.

Check out How to use Text to Columns in Excel to learn more about this method.

Excel has a variety of text formulas that you can use to locate delimiters and parse data. When using formulas to do so, Excel automatically updates the parsed values when the source is updated.

The formula used in this example uses Microsoft 365’s dynamic array feature, which allows you to populate multiple cells without using array formulas. If you can see the SEQUENCE formula, you can use this method.

The SEQUENCE function generates an array of numbers starting with 1, up to the number of maximum columns. Multiplying these sequential numbers with the length of the original string returns character numbers indicating the start of each block.

This approach uses the MID function to parse each string block with given start character number and the number of characters to return. Since the separators are replaced with space characters, each parsed block includes these spaces around the actual string. The TRIM function then removes these spaces.

You can get detailed information about formulas for splitting a text in How to split text with formulas in Excel article.

The Flash Fill is an Excel tool which can detect the pattern when entering data. A common example is to separate or merge first name and last names. Let’s say column A contains the first name - last name combinations. If you type in the corresponding first name in the same row for column B, Excel shows you a preview for the rest of the column.

Please note that the Flash Fill is available for Excel 2013 and newer versions only.

You can see the same behavior with strings using delimiters to separate data. Just select a cell in the adjacent column and start typing. Occasionally Excel will display a preview. If not, press Ctrl + E like below to split your text.

You can check Create Tables and Manipulate Data in an Instant with Excel Flash Fill  article to learn more about Flash Fill.

Power Query is a powerful feature, not only for splitting text, but for data management in general. Power Query comes with its own text splitting tool which allows you to split text in multiple ways, like by delimiters, number of characters, or case of letters.

If you are using Excel 2016 or newer - including Microsoft 365 - you can find Power Query options under the Data tab’s Get & Transform section. Excel 2010 and 2013 users should download and install the Power Query as an add-in.

VBA is the last text splitting option we want to show in this article. You can use VBA in two ways to split text:

Text to Columns by VBA

The following code can split data from selected cells into the adjacent columns. Note that each supported delimiter is listed as an argument which you can enable or disable by giving them either True or False. Briefly, True means that you want to set that argument as a delimiter and False means ignore that character.

An easy way to generate a VBA code to split text is to record a macro. Start a recording section using the Record Macro button in the Developer tab, and use the Text to Columns feature. Once the recording is stopped, Excel will save the code for what you did during recording.

Split function can be useful if you want to keep the split blocks in an array. You can only use this method for splitting because of the single delimiter constraint. The following code loops through each cell in a selected column, splits and stores text by the delimiter “|”, and uses another loop to populate the values in the array on cells. The final EntireColumn.AutoFit command adjusts the column widths.

Sub SplitText()
Dim StringArray() As String, Cell As Range, i As Integer
For Each Cell In Selection 'To work on a static range replace Selection via Range object, e.g., Range(“B6:B12”)
StringArray = Split(Cell, "|") 'Change the delimiter with a character suits your data
For i = 0 To UBound(StringArray)
Cell.Offset(, i + 1) = StringArray(i)
Cell.Offset(, i + 1).EntireColumn.AutoFit 'This is for column width and optional.
Next i
Next
End Sub

Detailed information can be found in How to split text with VBA in Excel. 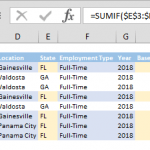 How to SUM cells by an equal criteria 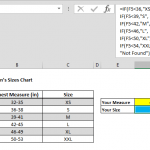 How to use multiple IF functions 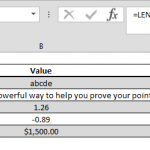 How to count the number of characters inside a cell 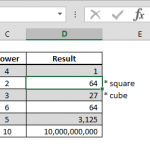 How to find the power of a number 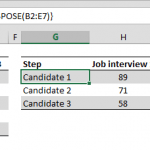 How to transpose the rows and columns of a data table