How to use absolute references with Excel Tables

If you ended up in this article, it's a big probability that you had referred a column or cell in your Excel table and press F4 and finally heard the annoying chime. Fortunately, you haven't given up and made manual changes on the references. In this guide, we’re going to show you How to use absolute references with Excel Tables.

As you may have known already, an Excel Table can be referred by a special syntax called structured references. This reference type allows you to see the column name and table name if necessary while assuming the row numbers are relative.

Here is our sample table with the name of "Team":

So, how can you use absolute references with Excel Tables? If you copy the reference samples above, you can see that Excel changes the column reference as well.

Except for the multi-column reference:

Thus, the trick is to use the multi-column reference to point a single column. All you need to do is to use the column name twice. For example:

If you want to lock the columns while keeping rows relative, add the "@" operator after first bracket: 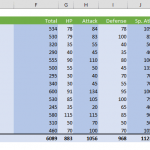 How to Create an Excel Table 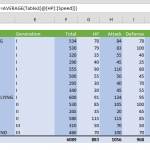 How to create calculated columns in Excel tables 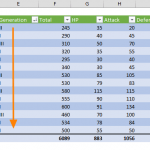 How to sort in Excel Tables

How to Change Table Style in Excel 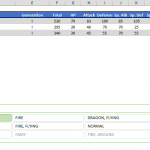