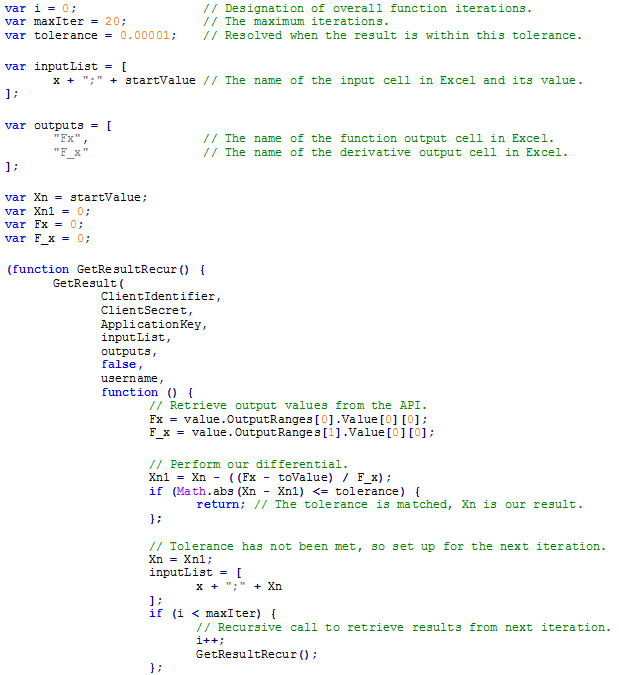 What is Goal Seek?

In numerical analysis, goal seek constitutes a question: under a given set of criteria, what degree of change is required to achieve a convergence between the actual and a theoretical result? It can be understood as a tool for determining the cause and effect of manipulating certain pieces of input data until the desired output is achieved.

The Math behind Goal Seek

The means by which we can achieve this type of analysis is a method of recursion, known as the Newton-Raphson method. This iterative technique follows a set guideline to approximate one root (considering the function), its derivative, and an initial starting value.[1]

The following function is representative of determining the derivative of the Excel document’s cumulative calculations:

Note: For an accurate measurement, the difference between the x values, or independent variable, should be small – in our subsequent examples, we will be using 0.00001.

Once your spreadsheet has been uploaded to the SpreadsheetWEB server, either as a web service or web page, we can achieve the Newton-Raphson approach in one of two ways:

We will be demonstrating the second approach since it is more efficient programmatically.

The iterative process of the Newton-Raphson method is replicated by recursive calls to a function that will process the spreadsheet calculations on the server and return the expected results with each iteration. 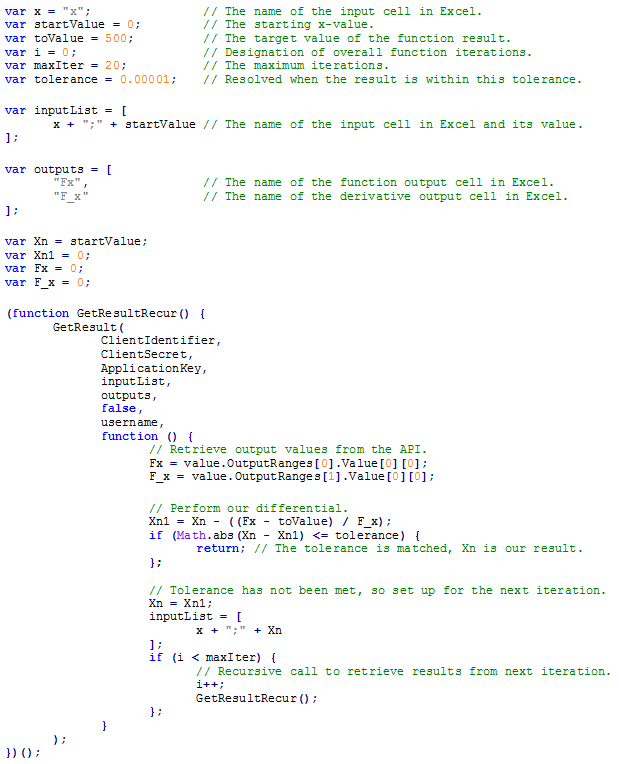 The iterative structure is set up as follows:

This specific workflow goes as follows:

Calculating the target interest rate on a loan with a user defined payment structure exemplifies a practical use case for the goal seek calculation approach. Creating a web application that performs these types of calculations is relatively simple using the SpreadsheetWEB API.

Let’s take a particular example of a user wanting to borrow $300,000, aiming to pay off the loan over the course of 240 months, capable of paying $2000 per month. A simple PMT function (calculating the monthly payment amount) can also be used to calculate the target interest rate via recursion. In this scenario, the goal you are seeking is the monthly payment amount.

Our goal is find the interest rate which constitutes a monthly payment of $2000. While the input cell is empty (named InterestRate), both the original function and its derivative are calculated in Excel – these inputs are named Payment and PaymentDer, respectively.

In the web application, we will simply be finding the interest rate, sending it to the Excel file, retrieving the payment values, and determining whether or not the goal has been achieved. This is identical to the form and structure of the prior code. 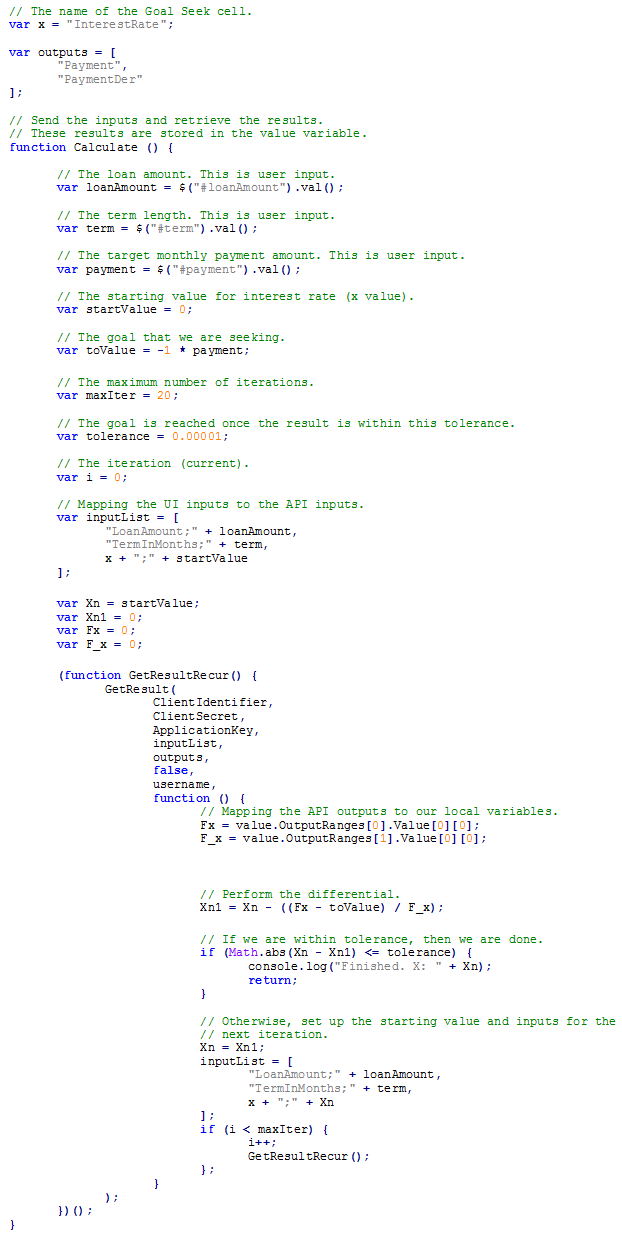 A sample SpreadsheetWEB application implementing this code is below: 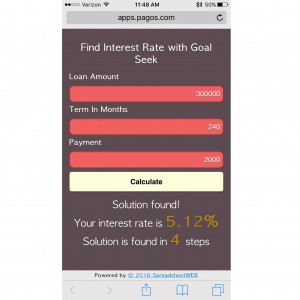 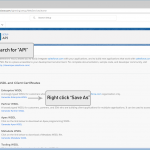 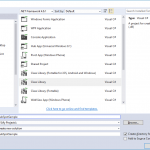 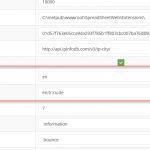 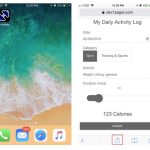 Save SpreadsheetWEB Applications as Home Screen Apps on iOS and Android