How much money have Low-Code/No-Code vendors raised?

Over the past few years, Low-Code and No-Code startups have attracted significant venture funding. Lately, it seems like not a day goes by without news of some Low-Code or No-Code vendor raising a new round of funding. So, how much funding have those companies raised overall? Are the funding amounts ramping up or slowing down? To answer these questions, we analyzed the investments in Low-Code and No-Code, raised by 442 Low-Code/No-Code vendors. You can refer to the article “How many Low-Code/No-Code platforms are out there?” on the selection criteria for these vendors.

Based on our research, only 129 of those vendors have successfully raised capital at the time of writing this article. We have collected data for each round of investment these companies received, using only public data sources for this analysis.

Low-Code/No-Code vendors have raised $2.3B during the first three quarters of 2021, more than doubling the total investments they received in 2020 ($1.1B).

The chart below shows the total investments in Low-Code/No-Code companies between the years of 2010 and 2021. Note that the numbers for 2021 only include the first 9 months of the year. 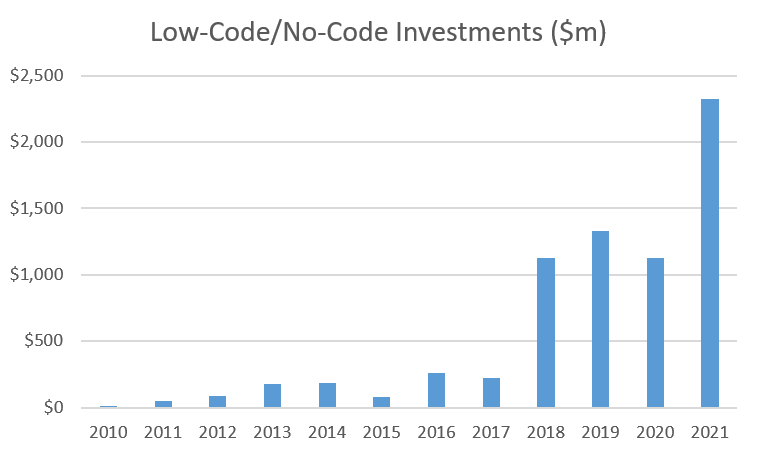 The growth rate of investment in No-Code vendors alone is even more impressive than the combined numbers. No-Code vendors have managed to attract 140% more investment during the first 9 months of 2021 than they did across all of 2020.

The chart below looks fairly close to an exponential growth rate for investment in No-Code, considering that the 2021 numbers only include data from the first three quarters. 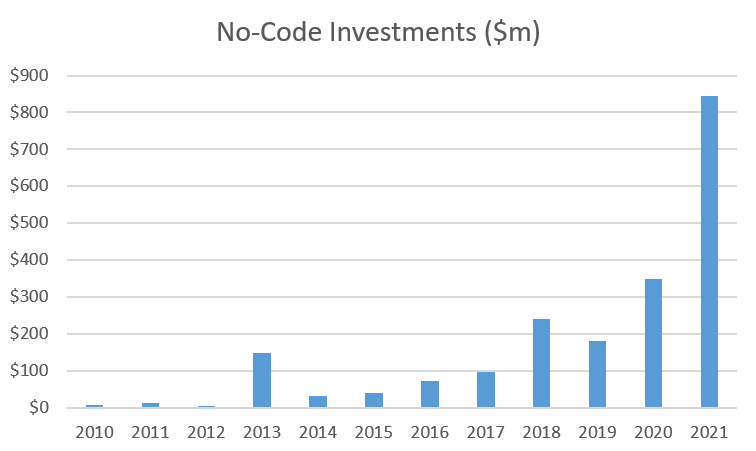 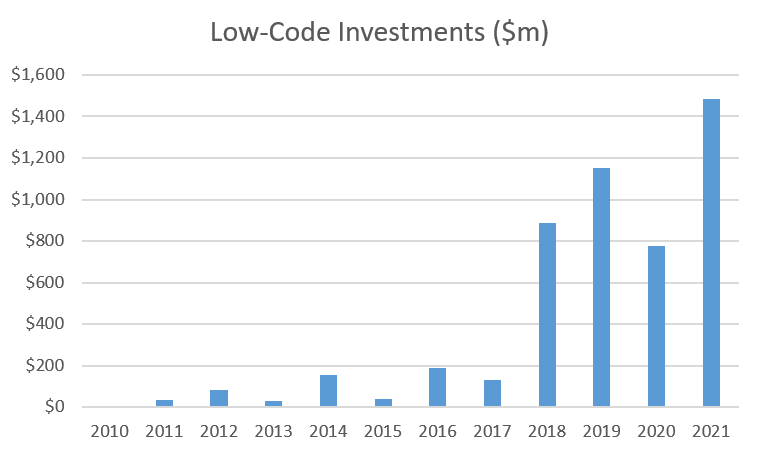 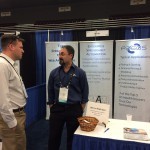 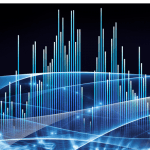 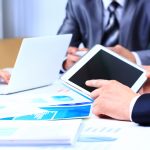 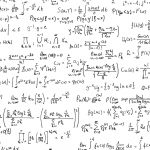