How Many Enterprises Use Low-Code/No-Code Platforms?

Penetration in the enterprise market is an important indicator for the overall success of Low-Code/No-Code platforms. So, how many enterprises are already using these platforms?

To answer this question, we have aggregated and analyzed a large amount of data regarding Low-Code/No-Code adoption, including publicly available data regarding 246 platforms. We have identified a list of over 7,000 businesses that use these platforms and then compared them against various well-known business rankings and exchanges.

Across the exchanges, we also found that:

How did we collect the data for businesses using Low-Code/No-Code platforms?

The next step was to collect the customer lists published on the company websites, as well as any data available on other websites. These lists only provide a partial picture, since many large enterprises will not allow their vendors to list their names on their websites. Thus, the numbers we have provided in this study are conservative estimates. After removing duplicates, we ended up with a list of 7,245 organizations. This is a list of global businesses, government entities, universities, and non-profits.

It is important to note that the data collection process was performed during the two weeks period between July 19 and August 2, 2021. Any new customers added after this period will not be included in our analysis, though we plan to repeat our analysis annually.

How did we clean up and analyze the data?

The next step was to clean up and categorize the organizational data. We categorized each entry as a business, government, or educational entity. In this analysis, we focused on large businesses only.

One of the biggest tasks was to identify the official names for these businesses. Most vendors list customers using their shorter and commonly known names, rather than their official names. For example, The Travelers Companies, Inc. would be listed as Travelers. This makes it harder to match companies against lists like the Fortune 100, NYSE, etc. We reviewed each entry and included their official names. We used various built-in Excel features to perform this type of analysis.

Once we had the official company names that are using Low-Code/No-Code platforms, we were able to compare them against various business lists. Note that we had to do a similar analysis on those lists as some businesses didn’t have their official names listed. Since we targeted only larger businesses, we further analyzed 1,634 companies that we were able to map against databases of global exchanges.

A high-level sectoral classification of the 187 S&P listed companies using Low-Code/No-Code platforms show that 20% of them are in Information Technology, followed by Financials (16%), and Health Care (15%).

A detailed categorization on the largest 1,634 businesses that use Low-Code/No-Code platforms showed that 10% of them were in Software and IT services followed by Banking Services with 8%. 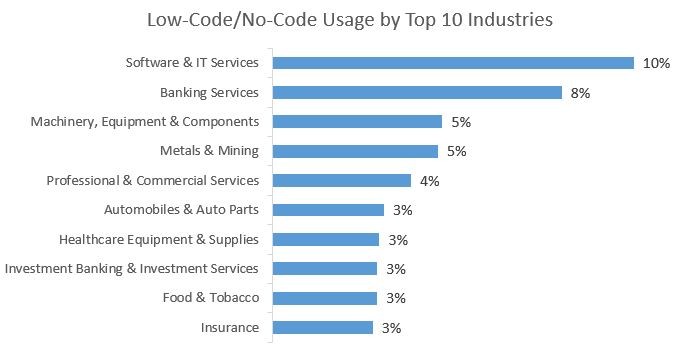 By far, the majority of businesses (39%) using Low-Code/No-Code platforms are located in the United States, followed by Canada (9%) and the United Kingdom (6%). 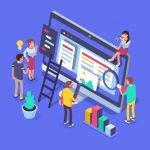 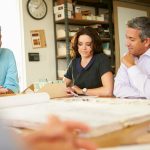 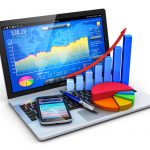 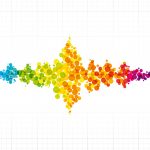