The Efficient Way. How Southern Risk deploys new programs to both their internal underwriters and customer agents on the web in a matter of days with Pagos SpreadsheetWEB

Southern Risk is a medium size MGA with written premiums in excess of $100 Million. They are serving 1,300 brokers in 13 states. Over the years they have licensed quoting solutions from various vendors but none of them met their needs. Many rating systems claim to be flexible, but flexibility is a matter of degree. In the MGA world, underwriters are faced with rating for multiple carriers depending on the risk. Some carriers use ISO-based rates, others have use their own program rates. Some have minimum premiums at the class level, the LOB or the policy. Many have different structures for surcharges and discounts. Some even cross lines of business to blend liability and property rating for package products. Southern Risk has never found a rating system where you can quickly change not only the factors, but also the structure and user interface for looking up those factors. It has always had to go outside of underwriting into the IT department to get done

There are some vendor systems that are supported by surplus lines carriers. The carriers actually support the development for changes to those systems as rates change. However, none of those applications really integrated with Southern Risk’s policy management system. This meant underwriters would have to go to the rating system, create the worksheet, then go to another system to create the quote and manage the workflow. Sometimes you could export then import data. But who has time for that? Southern Risk realized that without a chance to create the “one” user interface experience, their aspirations for productivity would never be achieved.

Southern Risk licensed Pagos SpreadsheetWEB (SSW) software from Pagos, Inc. SSW is a software product that allows companies to integrate any spreadsheet with other applications via web services. This way all business logic and calculations are still handled in spreadsheets and carved out of the main application. Essentially, it allows you to separate the rating logic from the user interface to optimize workflows through a single application and user interface. Southern Risk developed their quoting system in .NET. For rate calculations their software connected to SSW via XML messages to request premiums and other calculated data. Calculation algorithms resides in Excel™ based files which provided them an open architecture for business logic.

They have either received those spreadsheetbased rating engines from their carriers or their underwriters built them. Since all rating logic resides in Excel™ files, maintaining rate and calculation logic changes is also very easy. Their underwriters simply update the calculations and data in the Excel™ file and upload it to the SSW server. Forms logic (which forms apply to which policy situation) were also put into spreadsheets. There is no programming involved.

Pagos SpreadsheetWEB was easily integrated with their homegrown policy admin system. Now they can integrate any carriers’ rating algorithm and forms logic into their system quickly, and cost effectively. If a carrier wants to change their rates or the structure of those rates, Southern Risk can accommodate them quickly. Recently, they have received a new program from one of their carriers (Colony) in spreadsheet format. In two hours, the program was ready to be quoted through their quoting system. This is unprecedented speed to market that provides Southern Risk a great competitive advantage.

Compared to traditional rating systems, using spreadsheets dramatically cuts down on the time spent developing and changing rating logic. Even more than that, the time for testing new rating logic drops by orders of magnitude. Imagine how quickly you can test a variety of rating scenarios in a spreadsheet vs. modifying them in a traditional system. And underwriters can do 90% of the work themselves without the need for IT resources.

Southern Risk has also benefited from the new system with maintenance. The only requirement for their support people now is basic Excel™ experience as opposed to experience in software development. Excel™ users are much easier and cost effective to find than software developers.

"The Pagos product transforms the everyday excel spreadsheet we all know how to use into a service-oriented, enterprise-grade rating and forms engine. It used to take us months to develop and deploy new programs. Now in a matter of days, we can deploy new programs to both our internal underwriters and our customer agents on the web." 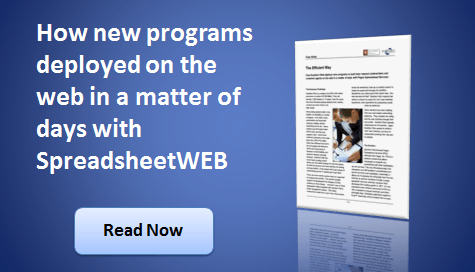