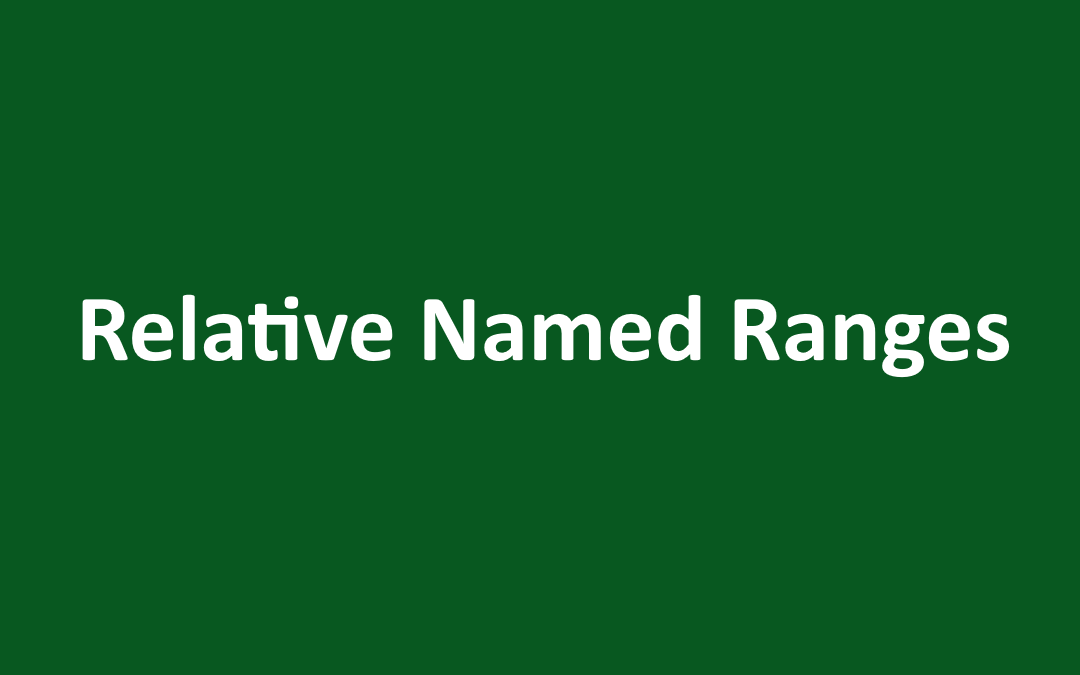 Relative references in named ranges change when the formula is moved or copied to another cell. Let's see how this works on an example.

Here, we have a table which contains numerical data between the D and I columns. When cell J3 is selected, opening the New Name dialog allows editing the reference of the named range.

The name of this new named range is "Total" and for the Refers to field, we selected the range D3:I3 as a relative reference.

If you are not familiar with creating named ranges, please visit our guide 5 Ways to Create an Excel Named Range

A formula like the following returns the sum the values in the range C3:I3.

This statement is correct only when the formula is entered into cell J3. For other cells, the named range represents a range that starts 5 columns before and ends 1 column before.

In the following screenshot, you can see that cells under column J have the same formula. However, all formulas return different values relative to their position.

Inserting a new row to the end of a data set is a common scenario, but formulas will not be updated when you do so.

You can overcome this by using a relative named range instead. Here are the steps: 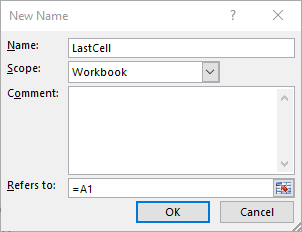 Since the reference of the named range "LastCell" will be updated after moving the formula, you will always get the correct value.

Actually this is a mixed references trick. However, we can use relative named ranges as well. Here is how: 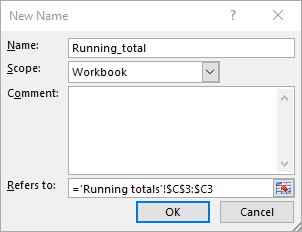 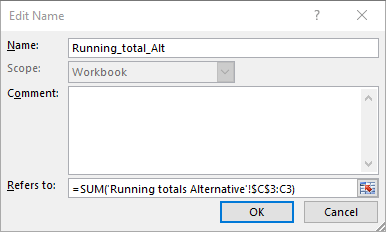 With this named range, users can only see the name. 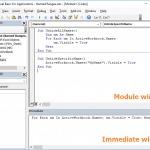 How to show named ranges that were made hidden using VBA 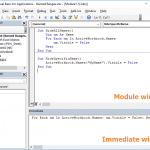 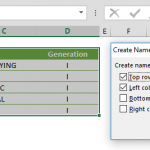 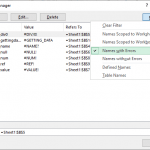 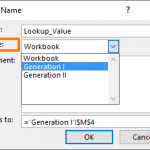 How to Make Excel Change Scope of Named Range