How to speed up lookup formulas

Lookup functions are extremely useful when working with large data sets. Although they almost always work instantaneously with small data, larger data sets is when things can get rough in terms of performance, as large operations can require more computational power.

The performance of VLOOKUP, HLOOKUP, and MATCH functions has been improving significantly since Office 365 version 1809 (October 16th, 2018). We are going to cover some methods that can help improve calculation performance of your lookup formulas, especially if you are using an older version of Excel.

MATCH, VLOOKUP, and HLOOKUP functions have optional arguments that determine the match and lookup types. Let's go over these formulas in more detail.

The MATCH function can contain an optional match_type argument which specifies how lookup_value is to be matched with values from the lookup_array. The match_type can take three values:

The range_lookup is an optional argument that specifies the match method that allows selecting whether the formula should look for an exact match. It can take Boolean values like TRUE or FALSE:

If possible, sort your data! Unsorted data has a significant effect on lookup performance. Using approximate match in addition to sorted data will give you substantial performance gains. You can find different ways of sorting your data here: How to sort in Excel.

If you can keep the lookups and data on the same sheet, you will get better performance. This tip, combined with lookup range restriction below will also help you organize your data.

If you need to use exact match lookup, avoid including any cells in the search range. For example, if your data is spread across 5 rows, do not select 10 rows in the lookup function. If your data is dynamic in layout, use tables and structured references. or dynamic range names rather than referring to a large number of rows or columns.

The MATCH looks lookup_value in a column of a defined Table.

Another alternative to restricting the lookup range is creating named ranges that refer to dynamic ranges. Dynamic ranges can be created using functions like OFFSET, INDEX and COUNTA. We suggest using the INDEX function, because the OFFSET is a volatile function that may cause performance issues in some cases.

Moving the COUNTA to another cell or a named range and adding a reference to it in the actual formulas will result in better performance. For example, create a named range called CountMe with a formula:

Now, you can use this named range in dynamic range formulas.

Use the approximate match option instead of exact match 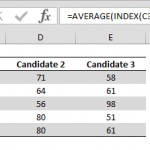 How to return an entire column 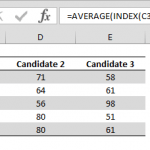 How to return an entire row 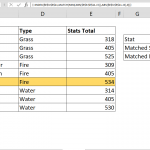 How to find closest match 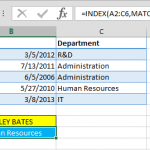 How to create a multi-level Excel lookup 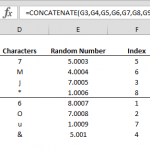 How to create a random secure password in Excel